After 2 ½ years in which the ReAK project has been running successfully, the German consortium was finally able to travel to Santiago de Chile for the first time this year in April for a joint project meeting.

On the first day the Chilean partner gave a guided tour on the premises of the Pontifical Catholic University of Chile (PUC) to also show the  laboratories of the project partners there.

Afterwards, during the  presentations and discussions on the status of the project work took place in hybrid form in the innovation centre of the campus. A lot of new ideas could be collected on both sides. Both German and Chilean partners who could not be on site had the opportunity to connect online and could still participate.

Due to the pandemic samples have been delivered very late and the project is lagging behind the original schedule. For this reason, an extension of the project was discussed and is now being applied for by the majority of the German partners. The arsenic oxidation by means of a BDD electrode (boron doped diamond electrode) was also investigated at the PUC in parallel to the investigations at the Fraunhofer IWKS. Thus, the results of both partners could be compared. Other advanced oxidation methods were presented by EnviroChemie. Of particular interest was the photometric differentiation of arsenic (III) and arsenic (V), which was established by EnviroChemie and is also used by the Fraunhofer IWKS. BGR reported on the potential of LIPS as a continuous, on-site analytical system, as well as the analytical results accompanying sulphidic leaching, which was presented by TUBAF. TUBAF also presented the research progress in microbial leaching and microbial oxidation. Finally, the progress of the study on immobilisation and mobilisation in the landfilling of arsenic-containing residues was presented.

After all discussions, the German consortium had the unique opportunity to visit the Ventanas Smelter. For this purpose, a 2-hour bus ride started already in the morning. On site, the ReAK research team was greeted in a very friendly manner and then given unique insights into the process on site. On the same day, the ReAK team took a flight to Calama, a city in the Atacama Desert.

There, or rather on the premises of Ecometales near Calama, the new pilot plant was ceremonially inaugurated. Similar to the tour of the Ventanas blast furnace, the German research team in full protective gear got unique insights during an exclusive tour of the plant.

During the official part of the opening, various new contacts and valuable conversations were made.

On the same day, part of the project consortium present had the opportunity to visit the Ecometales arsenic residue dump and a second group was allowed to dress up in full protective gear and visit the roasting kiln of Codelco's Ministro Hales.

Back in Santiago the ReAK team had the opportunity to present the ReAK project and some of its results at the Fourth International Seminar on Arsenic Handling and Stabilisation, thus raising the awareness of the project among the right people.

In summary, the project week in Santiago, or Calama was a complete success. Hopefully, the next visit to Chile will not be another two years away. A good occasion for this could be the COPPER 2022 conference in Santiago in November. 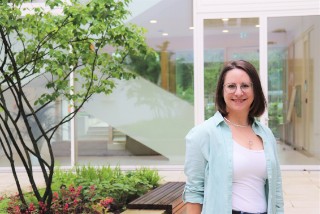